Imperial College London’s International Pesticide Application Research Centre (IPARC) was created in 1955 by the UK Government to train staff in the safe and efficient use of pesticides.  At the same time, it began evaluating equipment for the World Health Organisation and later became a WHO Collaborating Centre.

IPARC strives to achieve responsible, safer and more efficient use of pesticides, resulting in smaller and less frequent quantities of pesticide applied and less off-target spray drift. Its unique focus on the needs of small-holder farmers in OECD countries has helped alleviate poverty and suffering through the improved control of serious agricultural pests and vectors of devastating human diseases such as malaria and onchocerciasis (River Blindness).

The Centre employs a multi-disciplinary approach, bringing together biological, engineering, and other areas of expertise to provide fully informed research. Consultancy work demands that all staff remain up to date with scientific literature and in touch with latest thinking through interactions with international networks

Products and services have included… Modelling and analysis of the impact of PHEVs on the operation and design of the UK electricity distribution network. END_OF_DOCUMENT_TOKEN_TO_BE_REPLACED 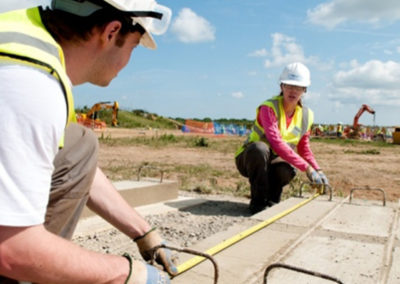 Our consultants shared their expertise in sustainable energy system design to help Clean Tech start up ‘Ventive Ltd’ to move into new markets with their PVHR (passive ventilation with heat recovery) system. END_OF_DOCUMENT_TOKEN_TO_BE_REPLACED