Disperse is an interactive software package for studying guided sound waves in a wide range of structures and components. Its principal applications are the exploitation of guided waves for non destructive evaluation across all industries including aerospace, power generation, and oil and gas.

Modelling sound waves to calculate dispersion curves for multilayered structures is a challenge. Anyone who has tried will know that even a simple program for a specific case takes a long time to write.

But following on the broad expertise and knowledge gained through research at the NDE Lab since the 1980’s, Professor Mike Lowe and his team have been able to develop the DISPERSE modelling software that is now validated by wide use, proving its ability to solve a range of problems across multiple industry sectors.

Guided waves are hugely attractive for the detection of defects such as corrosion and cracking because they travel along a structure or component and so can interrogate the full volume of the material very quickly from a transducer at a single location. But guided waves are complicated. So researchers and developers face a serious challenge to understand the guided waves in order to use them.  We have pioneered guided wave inspection methods, in particular the rapid detection of corrosion in pipelines, which brought us to realise that a general purpose software tool that can help people to understand the waves is absolutely essential in order to succeed. So we developed DISPERSE to meet this need.

The challenges of modelling  guided waves in multilayered structures include predicting the frequency-dependent wave speeds of the many different kinds of waves that can exist in even a simple structure such as a steel rod or plate, and then calculating and displaying the mode shapes, which describe the distributions (through the structure) of the displacements, stresses, strains, and energy density.

These are the primary descriptions of guided waves that enable people to understand the candidate waves that they might deploy for inspection, or to make sense of signals that they have observed in experimental measurements. These are technically difficult problems to solve, requiring advanced numerical methods, but there is also the challenge of delivering a capability that is general purpose, allowing users to study a vast range of possibilities of different materials and geometric forms.

DISPERSE has been developed to be very broad in application, covering flat and cylindrical structures of aribitrary numbers of layers of materials including solids and fluids, and taking account of anisotropic stiffness, viscous damping and other complex materials characteristics. It can also calculate guided waves that are not perfectly propagated, such as waves in immersed structures when some of the energy leaks out into the surrounding material.

It uses a range of solution algorithms and tools, some of which are general and automatic and some of which allow the user to drive and pursue particular features of interest. All of this is done through a user-friendly MS Windows graphical interface, managed also with powerful data storage and export tools. There is an extensive user and theory manual covering all the practical use as well as the underlying mathematics.

We have refined DISPERSE since it was first launched in 1990, involving an enormous development effort. Early developments addressed the robust solution of the underlying equations, enabling users to solve guided waves calculations robustly for a wide and general range of problems, for the first time.  Developments have continued since, expanding the range of structures and waves that can be studied, and also adding more useful processing and display tools. This has been directed to a large extent by feedback from users and our assessment of the directions of interest in guided waves research, in which we continue to be deeply engaged. For example, recent research in our group has delivered a powerful new algorithm for automated robust solutions which is now being coded into Disperse and will be provided to users in its next release.

Nowadays DISPERSE is used in industry, government research laboratories and universities around the world. Its users are pursuing a huge range of applications across all engineering industries. It has become the established software tool for guided waves known by everyone who does R&D for Non-Destructive Evaluation.

Its breadth of use covers, for example, the study of for example Guided Waves Testing (GWT) of corrosion in buried pipes, including the influences of the steel pipe, the highly attenuating corrosion-protection coating on the outside, loss of wave energy into the surrounding soil, and the presence of a viscous fluid within the pipe, as well as for Structural Health Monitoring (SHM) of carbon fibre composite aircraft components, including multiple layers of highly anisotropic carbon fibre with different orientations, and material damping caused by the visco-elastic properties of the polymer matrix.

It can also be used for, for example the development of “dipstick” sensors that use guided waves in a rod or plate to measure the properties of complex fluids in which these waveguides are immersed, as well as for the interpretation of measured waves deep in boreholes in oil exploration, in which there can be multiple cylindrical layers of solids and complex fluids, and the loss of wave energy through readiation into the surrounding rock.

As with commercial software products, DISPERSE enables modelling results to be easily printed, plotted, saved to disc and copied or exported to other programs. In addition to these benefits, the program is also user-friendly and interactive, incorporating many user requested features including a built in help facility as well as an extensive user and theory manual, meaning that a new user can start modelling and solve problems immediately. The NDE group, via Imperial Consultants (ICON), also provides consultancy support to the use of DISPERSE and to the solution of all kinds of guided wave R&D challenges.

Speaking of how the income from DISPERSE has been used to support the research of the department, Professor Mike Lowe, says:

We have used the income from DISPERSE over the years to pay for programming support to maintain and develop DISPERSE. Also, recently, we used this income to pay for a PhD student who did his research on improved methods for solving the dispersion equations; this has produced new capabilities that we will provide to users in the next release. 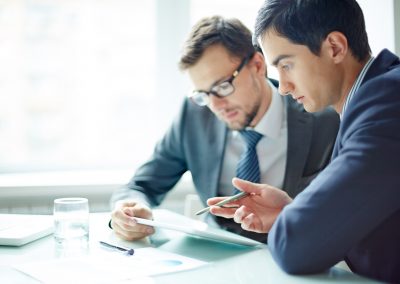 Management and conservation of Bluefin Tuna

Risk modelling used to help the International Commission for the Conservation of Atlantic Tunas (ICCAT) improve their plans for Bluefin Tuna harvesting and conservation. END_OF_DOCUMENT_TOKEN_TO_BE_REPLACED

Our consultants shared their expertise in economics to help Microsoft explore how ICT can play an enabling role in low carbon economies to reduce CO2 emissions. END_OF_DOCUMENT_TOKEN_TO_BE_REPLACED