‘Breaking Magic’ follows four of the world’s most innovative magicians around the globe as they transform pure science into head-scratching magic tricks.

During the series production, Objective Productions Ltd sought the expertise of Dr Trotta to review some of the scripts, to ensure that the technical explanations of the physics behind the illusions were sound and accessible for a non-scientific audience.

“Our illusionists are world-class, but they are not scientists. Roberto was invaluable in helping us to translate complicated scientific principles to make them understandable in an entertainment context, yet still accurate and informative.”

Based on the legend of the Sword of Damocles, which teaches that with great fortune and power also comes great peril and anxiety, the first episode of the season saw magician Nate Staniforth put his life on the line. A sword was dropped on him from above only to be knocked off course by a basketball launched at exactly the right moment in time by fellow illusionist Billy Kidd.

“Nate was in perfectly safe hands and his life guaranteed by Newton’s second law of motion, although of course the audience didn’t know this when they first saw the trick! It was great fun contributing to the show. The series did a great job at bringing the natural laws to life in a very spectacular way. I look forward to seeing the final cut of the rest of the episodes!” Our consultants shared their expertise in life cycle analysis to compare the carbon footprints generated by the The Coca-Cola Company’s new PlantBottle™ versus their previous PET plastic bottle. END_OF_DOCUMENT_TOKEN_TO_BE_REPLACED 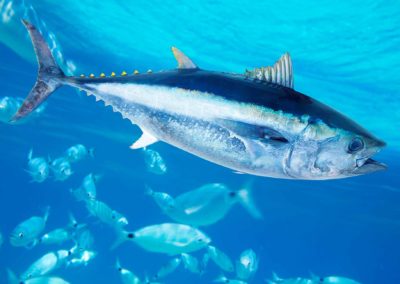 Management and conservation of Bluefin Tuna

Risk modelling used to help the International Commission for the Conservation of Atlantic Tunas (ICCAT) improve their plans for Bluefin Tuna harvesting and conservation. END_OF_DOCUMENT_TOKEN_TO_BE_REPLACED